Pearl Bramble was born and brought up in Lincolnshire.  After working in South Africa and Australia she now lives in Essex with her husband.  She has written various short stories and poems and, whilst working for a volunteer organization, produced a volunteers’ magazine.

A TISSUE OF LIES

Did you know there are about 20 different ways of lying?

The very history of man began with the serpent’s lie in the Garden of Eden and lies have been with us ever since.  Although we now have access to more information than ever before we also have access to almost as much misinformation!

The first part of “A Tissue of Lies” sets out the different types of lies there are, the psychology behind them and the reasons we have for telling them.

In fact, everything you never knew you needed to know about lying! 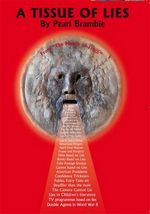 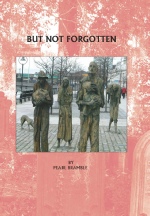 When would you have had a coffin ticket for the Stiffs Express?

What happened to the London Underground when they came across the plague pits?

Who used to be buried at the crossroads?

Why does St. Helena have one of the largest slave graveyards anywhere in the world?

What is a columbarium?

When did we start to commemorate the dead who died in war and not the war itself?

“But Not Forgotten” answers all these question and many many more.  It contains lots of interesting facts, figures and quotations associated with that taboo subject of death!

COME TO THE FAIR

When were the first fairs held in the United Kingdom?

How were they established by the Crown?

What were the Courts of Piepowders?

When did the theatre first come to the fairground?

What happened to the fairs during the Little Ice Age?

What was a Mop Fair?

What was a travelling Bioscope?

"Come to the Fair" tells you all this and more. It uncovers facts about the different types of fairs, the rides, the fairground families and the associations connected to the history of the fairground.

What is the history of the British public house?  What is a tabernae? Why were some public houses called “The Strugglers”?

What is the most popular name for a public house in England?  What is Kottabos?

Who said “Britain is fighting Germans, Austrians and drink and, as far as I can see, the greatest of these foes is drink”?

Do you know what a kilderkin is, or even a firki?  “The Inn Thing” gives you all the answers it uncovers facts about public houses, their history and much much more.

FROM COSTERMONGERS TO PEARLY KINGS

What was the original meaning of Costermonger?  Did you know that in the 1860’s there were over 30,000 costermongers in London?

What were the penny bloods?

What is a kingsman?  What was the Newgate calendar?  What famous Lord said “In future I will add a “C” to the KG behind my name so that I shall be known as Knight of the Garter and the Costermongers?” What was the silent highwayman? “From Costermongers to Pearly Kings” gives you all the answers.

It uncovers facts about the costermongers, their history and much much more.

Where is the only Nazi memorial in London?  What is the difference between a Yellow Badge taxi driver and a Green Badge driver?

What is the Dead Zoo?  What is the Big Ben Novelty Car?  Why are taxicabs so tall?  Who was Mother Prodger?

What does the following mnemonic mean to cab drivers “Little Apples Grow Quickly Please”?  “Follow that Cab” gives you all the answers.

It explores the history of the black cab and unearths lots of things you may not know.

The Books shown below are available direct by contacting the Author at the above email address. 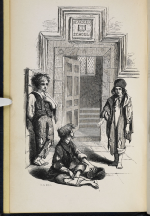 From Paupers to Pupils

Who brought the first schools to England?

Which school was founded by Edward I in 1552?

What were the Ragged schools?

Which famous poet wrote “A Plea for the Ragged Schools of London”?

How did the Earl of Shaftesbury become involved in the Ragged schools?

Which school inspired Charles Dickens to write “A Christmas Carol”?

What did Charlie Chaplin have to say about the Central London District School for Paupers?

Why did Dr Barnardo change his mind about becoming a missionary?

Which is one of the most haunted buildings in England?

“From Paupers to Pupils” gives you all the answers.  It explores the education of pauper children and unearths lots of things you may not know. 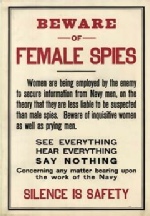 Women are bing employhed by the enemy to secure information from Navy men, on the theory that they are less liable to be suspected than male spies.

Beware of inquisitive women as well as prying men.

Concerning any matter bearing upon the Work of the Navy 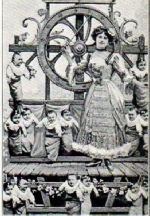 What was the only establishment in 1500’s England dealing with Foundlings?

Who said “History will judge us by the difference we make in the everyday lives of children”?

Who created the London Foundling Hospital?

What was The Ladies Petition?

What were Billet Books?

What were Foundling Wheels? 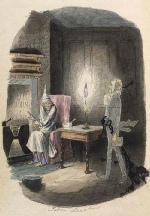 Ghosts and Superstitions of the Theatre

What are the most popular superstitions in the theatre?

What are the most haunted London theatres?

What are the most haunted regional theatres?

What are the most haunted worldwide theatres?

What are the most popular ghost plays? 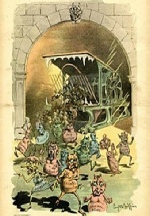 Did you know that in the 16th Century street literature was the main cheap reading material of the working classes?

An excise duty on advertisements was introduced by the Stamp Act of 1712 along with other so-called taxes on knowledge.

In which newspaper did Up Front cartoons depicting two American soldiers, Willie & Joe, appear as weary and bedraggled soldiers?

If the British press was known as The Fourth Estate – what were the first three?